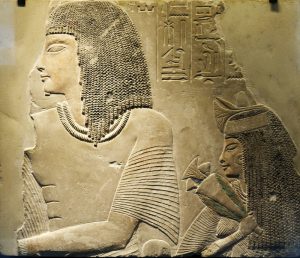 Home to some of the most ancient civilisations and cultures, Egypt is a must-go for travel enthusiasts. From the mummified legends in tombs, iconic pharaoh statues, and amazing temples, the list of dazzling destinations is endless. If history doesn’t sound like your daily cup of tea, you’ll be glad to know that Egypt is not just about ancient treasures. You could engage in some contemporary activities like scuba diving, desert racing, and sightseeing on the famous Nile, the longest river in the world! A Nile cruise is not to be missed.

There’s truly something for everyone, but here are the 8 top-rated ones:

After spotting pyramids in an image, drawing, or video, Egypt comes to everyone’s mind. The Pyramids of Giza remain one of the most, if not the most recognisable landmark in the world. They are actually the last surviving of the Seven Wonders of the Ancient World. They were used as tombs for the mighty kings and to date, continue to inspire awe. Archaeologists and conspiracy theorists have tried to elaborate on how they were built, in a world without advanced technology but to date, it is yet to be fully figured out.

2. Luxor’s Karnak Temple and the Valley of the Kings

Luxor in upper Egypt is a major tourist hub for the Memorial Temple of Hatshepsut and Valley of the Kings, Karnak Temple. It is known as ancient Thebes and was home to the pharaohs and therefore has endless sights, artefacts, and cultures to be explored.

Dominated by Islamic culture, the buildings are iconic, with narrow streets and numerous monuments dating from the Fatimid through to the Mameluke eras, madrassas (Islamic schools of learning), and mosques. The complex maze of paths is occupied by shopping stalls characterised by small workshops belonging to artisans and coppersmiths who sell perfume, spice, textiles, and ceramics.

Next to the amazing Nile against the orange-hued dunes, it is a tranquil town. When looking for some peace and calm, this is the place to be. Apart from the stunning environment, you will also enjoy riding a river ferry to Elephantine Island, riding a camel to the desert monastery on the East Bank, or simply stroll in the gorgeous Nubian Villages.

It is Ramses II’s great temple, and quite a sight to behold, to say the least. It is a beautiful symbol of architectural adornments and decorations for symbolism. Its interior is dominated by amazing wall paintings and adorned with colossal statuary. Abu Simbel temples were carved in the 13th century BC, during the 19th dynasty from a mountain during Pharaoh Ramesses II’s reign. In the 1960s, a great UNESCO operation saw the entire temple moved from its original setting.

Museums are a great starting point for any trip to a new destination since they instil you with the theoretical knowledge of the place before seeing it with your own eyes. The Egyptian Museum is one of the richest on the globe, with amazing collections and exhibits. Though a bit disorderly to a person used to a chronological organisation, this aspect adds some authenticity to it.

It is a wonder, this one! With surreal chalk shaped mountains, iceberg-like pinnacles, and blindingly white boulders in the middle of the sand, it looks somewhat like a snowy wonderland. That is the paradox: a snowy desert. Well, it is spectacular natural scenery and will be perfect for desert fans and adventurers.

It’s a little haven found in the hot desert. It has numerous freshwater springs, and date palm plantations, and yes, it is as tranquil as it sounds. It’s found on the west and a great place to unwind after an adventurous day in the hot desert sun.

There are many things to love, see, and experience but these are truly special!