The 5 Most Expensive Antiques in the World | Bridgestone Libertadores 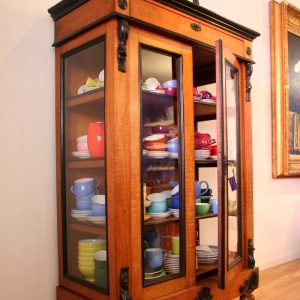 Antiques are classified as collectable objects such as works of art or furniture pieces that are associated with an extremely high value mainly due to their considerable age. Besides age, there are other factors involved such as rarity, condition, beauty, personal/emotional connection, and utility. There are often additional unique features that are taken into consideration when awarding values to these items.

The Pinner Qing Dynasty Vase is to date the antique that was sold for the most across the globe. This vase features sky-blue, pastel yellow, and gold decorations along with 4 motifs that include flowers and fishes. The Pinner Qing Dynasty Vase also carries an imperial seal that suggests the vase was crafted and made for Emperor Qianlong. He reigned between 1736 and 1795. To begin with, it was mistakenly valued at $1,000 and said to be a good replica. However, after re-evaluation, the vase was confirmed to be the original and was later reappraised at $1 million. There were once 18 of these vases, but this happens to be the sole one left. The way that it landed up in London from China remains a mystery.

The vase was auctioned in the United Kingdom in 2010. Due to its rarity, history, beauty, and purity, the bidding eventually stopped at $80.2 million. The original consigner was awarded $29 million from this sale.

Among the most costly antiques sold around the world is the Badminton Cabinet that was made during the Medici dynasty in Florence. This piece took 6 years to create, which included a team of 30 craftsmen. Regarded as among the finest of French furniture, this cabinet was decorated intricately with semi-precious gems and precious stones such as ebony, amethysts, and lapis lazuli. The cabinet stands 12-foot tall and also features a beautiful clock that uses fleurs-de-lis for numbers. This is one of the antique pieces of furniture that has set the record twice for its selling price. In the year 1990, the piece sold for $16.6 million, and in the year 2004, it was sold again for $36 million. Today the Lichtenstein Museum owns the cabinet which is on display for the public.

The Codex was a document named after the Earl of Leicester who purchased it in 1719. The document contains a vivid collection of Leonardo da Vinci’s scientific writings, regarded as some of his most significant and famous works. The Codex is also considered as one of the most elaborate works of science. It contains theories, geography, musings, and sketches on astronomy, the elements, along with a host of scientific topics. Every topic featured in this document comes with da Vinci’s signature. This proves that the entire document is authentic. Bill Gates purchased Leonardo da Vinci’s Codex Leicester at a Christie’s auction in 1994.

The Olyphant Battle Horn from the 11th century was handcrafted from ivory, featuring detailed motifs. This fully-functional hunting horn was made from an elephant’s tusk, featuring intricate carvings of animals that were hunted, including deer, ducks, and rabbits. The Olyphant Battle Horn sold for $16.1 million in Scandinavia at one of the private auctions. This antique is regarded as very rare since only 6 of these horns exist.

On the same list as the rest of the most expensive and highly-valued antiques across the globe, is the White Porcelain Moonflask in Blue and Pink Enamel. The flask was made in the 18th century but possesses the 15th-century peerless nature and essence. Enamelled in white, pink, and blue, the flask comes with an extremely unique Qianlong 6-character mark. The flask’s mouth features a Ruyi band ring, while the handles feature a dragon-scroll design. The Moonflask was sold last in Hong Kong at a 2010 auction for $15.1 million.