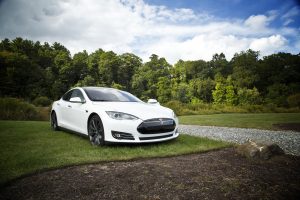 These days, it is nearly impossible to avoid the green electric vehicle revolution given that it’s all over the news with manufacturers announcing new vehicles along with their plans for replacing the present polluting models to meet the deadlines that have been set by different countries. That could be as soon as 2030 in the UK. However, before this deadline, many autosport areas will have moved to fully electric-only power already. Here, experts at FC Lane Electronics explain more.

Peter Costin, Motorsport & Geophysical’s Business Development Manager, says that Lane Motorsport has supplied connector solutions for several years to help support motorsport’s electrical vehicle (EV) revolution. He says the connector systems are making their way into all different kinds of motorsport platforms which include all levels of boats, bikes, and racing cars. Several Formula Student teams are also supported. They are working on developing electric racing cars of their own and some really innovative ideas are being incorporated according to Costin.

As the movement in racing to electric vehicles continues to gain momentum, new Formula “E” categories continue to be announced on a regular basis across numerous autosport sectors. All serious autosports teams are currently moving in the direction of fully electric platforms and also adding additional “hybridisation” to their current offerings.

Designers who are working on the new platforms are asking for increasingly complex harnesses and cable assemblies with not only lighter and smaller connectors, along with higher current capability, more contacts, and much faster data and signal speeds in order to deal with new high-power motors and in-communications.

Peter Costin says that have connector system ranges that are specifically designed for autosport and are being specified currently for numerous onboard applications across petrol, fully electric, and hybrid racing platforms. Along with the traditional connector applications that are found in current racing cars, Costin says they are expecting to see increased demand for lighter and smaller sensor connections that are highly resistant to very demanding environments. They can be placed around the power pack cooling systems and power packs in addition to their motors as well as their monitoring and control systems.

The Rise of Souriau

Many of the EV connector applications are suitable for the newest 8SA connector systems made by Eaton’s Souriau-Sunbank, Lane Motorsport is one of their value-add distributors. The tiny circular connectors are designed and manufactured to meet the MIL-DTL-38999 requirements. They are the most preferred connector solution for the competitive motorsport world for electronics systems and sensors in such applications as hybrid energy recovery systems, fuel tanks, telemetry, steering wheel systems, data acquisition, and engine management.

The 8STA circular connectors from Souriau are based on a rugged aluminium body that is plated using conductive black zinc as standard. High-density versions are included in the 8SA range which provides as many as 26 contacts and 68 sizes ha are compatible with 24-30 AWG wire in addition to high-power versions that can handle up to 200A.

The operating temperature ranges from – 55ºC to +175ºC. When the connectors are mated, they meet the IP67 requirements, which means they can withstand the highly demanding motorsport platform environments.

The 8STA Souriau range includes the ultra-miniature size 01 version. It offers a significant 20 per cent weight and size savings over the size 02 popular series while still maintaining all of the performance advantages of the larger connectors, including featuring an anti-vibration design along with being highly resistant to the highly demanding motorsport environment. Three removable-sized 26 contacts are accommodated by the size 01 connectors.

Along with the actual connectors, the 8STA connector solution package from Lane Motorsport provides a comprehensive range of various connector accessories that are made by Weald Electronics and Hellermann Tyton. They include heat shrink boots, nut plates, gaskets, and protective caps in addition to the assembly tools that are needed for completing the application.

← How The Recruiting Industry Will Continue To Change Over The Next Decade Video Localization: The Power of Voiceover →